REX Articoli Tecnici SA was founded in 1935 by Ignazio Favini, a young chemist, originally from Ticino, whose grandfather had moved to German-speaking Switzerland in search of work. The company started out by producing mainly cellulose-impregnated fabrics for the manufacture of protective caps, waxes, and varnishes for the footwear industry. Gradually the output of adhesives became its primary production field, which was initially based on resinous materials broken up in solvents, that were later replaced with elastomeric matter such as natural rubber and other synthetic elastic materials

In the 50s began producing rubber soles which leads to an important development of the company.

After the fire of 1972, the firm is reconstructed and at the end of the 90s he devoted himself particularly to the production of technical rubber parts for various industries, such as mechanical engineering and construction.

The first rubber brake pads for bicycles were then put into production, and this area of activity quickly developed, giving rise to the successful series of Swissstop brake pads.

Over the same term, REX Articoli Tecnici SA began moulding items made of thermoplastic elastic matters, focusing on co-moulding processes of several materials, hence a specific department was established for this task. 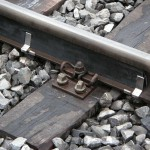