We are also the sole agent of Hyundai Rotem Company in Korea, who awarded 32 Complete Train sets Line (3) of Cairo Metro Contract in Egypt. 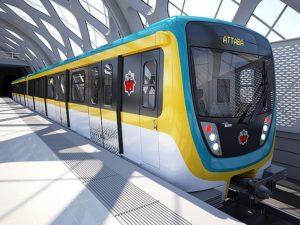 The contract awarded by Egypt’s National Authority for Tunnels to the South Korean company is considered as the largest which it has won in Africa since it entered the continent’s rail market in the 1970s, and would support its ambitions to increase maintenance activities to strengthen the manufacturing business.